People all over the world turn to us because Braun products make life better. They trust in our brand when it counts the most: Whether they want a cool beard for a group photo or a first date, smooth legs on a special day or a close shave for that important job interview.

Men and women all over the world know that Braun products are reliable. They love and trust the brand – even if they’re unaware of the engineering, innovation, and dedication built into each of our electronic devices. Our expert knowledge in a variety of disciplines is the key to the high level of quality people expect when they buy a Braun product.

A Brief History of Braun

Braun began in Frankfurt, Germany in 1921, when the mechanic and engineer Max Braun (1890–1951) founded the company as a workshop for the construction of appliances. From the very beginning, the company was characterized by its progressive ideas, innovative product solutions and its use of the latest technical developments, which Max Braun was able to transform into marketable products.

Max Braun quickly realized the potential of new market segments, entering the kitchen and household appliances segment in 1950 with the Multimix kitchen blender. At the same time, he began series production of the S50, the first dry foil shaver. This laid the foundations for two product divisions that have remained core segments for Braun to this day. Max Braun died in 1951 and his sons Artur (1925–2013) and Erwin (1921–1992) took over the management of the company.

The Braun brothers soon set about reorganizing the company and expanding its product lines. For example, the product range was extended to include additional kitchen appliances, as well as electronic flashguns for amateur photographers. In 1955, Dieter Rams arrived at Braun, quickly making a name for himself within the company. The company won a rapid succession of national and international prizes and awards for its products.

Braun became world-famous as a design brand, the first company to bring ‘good design’ to the mass market. In 1967, Braun moved its headquarters to Kronberg, Germany and the Boston-based Gillette Company bought a majority stake in Braun. The Braun brothers left behind a healthy international company. In 2005, the Braun brand joined the consumer goods company Procter & Gamble as part of their acquisition of Gillette. The fusion united two companies whose “strengths, cultures and visions” complemented each other, as Gillette boss James M. Kilts put it.

At Braun, our consumers come first and foremost in everything we do. Our starting point is how men and women experience Braun products, and we are continuously searching for ideas that improve their daily lives.

Our research facility in Kronberg is equipped with bathrooms so we can realistically recreate what happens in everyday homes. Thousands of people visit this research facility each year to help us realize completely novel ideas, ensuring that the people who ultimately use our products are part of the development process every step of the way. This proximity to the R&D labs enables us to test technologies and prototypes at a very early stage. In fact, most of our test devices do not look like the final product at all – they merely help us understand if an idea is technically feasible or not.

At the same time, Braun scientists all over the world go to visit consumers in their homes. Detailed research into the actual use and habits, as well as the individual’s wants and needs are crucial if we are to be truly innovative. And we use many of the very latest research methods to make our new products as efficient as possible.

Coming up with an innovative idea is one thing; turning it into technology that meets users’ expectations worldwide is quite another. But this is exactly the kind of challenge that our scientists and engineers love. What follows is an attempt to identify all the possible (and sometimes impossible) technical approaches to overcome this challenge.

In many cases a prototype is put together in the lab to find out if a technical idea lives up to its promises. In this way, Braun experts methodically zero in on the best technical approach for a new product. Once this has been identified, we make sure that the device can be manufactured on a larger scale without compromising quality. Since 2000, Braun has registered more than 2,500 patents globally – unmistakable evidence of the company’s drive for innovation.

Braun Design: the strength of pure

In the 1920s, Braun started as a small engineering shop and by the 1960s had become an internationally renowned brand for small electrical appliances – a development driven by technical innovation, long-lasting quality and outstanding design.

Ninety years on, Braun products have evolved in terms of both appearance and technology. One thing that hasn’t changed is that the brand is still synonymous with high quality and ergonomic design. And the brand’s core values of functionality, quality and aesthetics are still as relevant today as they were when Braun design was born in the 50s.

It’s a long way from the drawing board to the store shelves. Because manufacturing precision is crucial for delivering top quality products. Each of our shavers and epilators consists of several hundred carefully assembled components. And it is only after thorough testing that our products go on the market. In this way, we make sure they live up to our own expectations, and – more importantly – to those of the men and women who buy our products around the world. The highest precision is required throughout. To guarantee the high levels of quality and precision, all the cutting elements in our shavers are manufactured at the Kronberg plant, located alongside our R&D experts.

Quality Management: living up to the highest standards.

At Braun, we have a different take on developing electromechanical devices. In fact, it is the same approach used for the development of medical devices. Professional quality management ensures that insights gained from consumer tests are taken into account whenever we develop new products.

Is the new product efficient, safe, robust, and durable? We check our devices for their performance, operational capability at different temperatures, water tightness, and resistance to chemicals – to name just a few examples. In order to meet the highest of demands, a Braun product may have to pass more than 60 quality management tests during the development stage.

Let‘s face it. Shaving your beard is a bit boring. Drying your hair is a mundane thing to do. Epilating your legs is almost a chore. And chopping vegetables or looking at a watch is nothing to write home about. End of story? Think again. Because quality of life comes from ordinary things you can do exceptionally well, again and again. It makes countless differences, small but meaningful. When design and technology form an inseparable whole, when appliances handle better, perform better, look better. Then you look better, feel better, live better. And you know: a better life starts with a better everyday. It sounds simple. But it works like nothing else. Braun. Designing an extraordinary everyday since 1921. 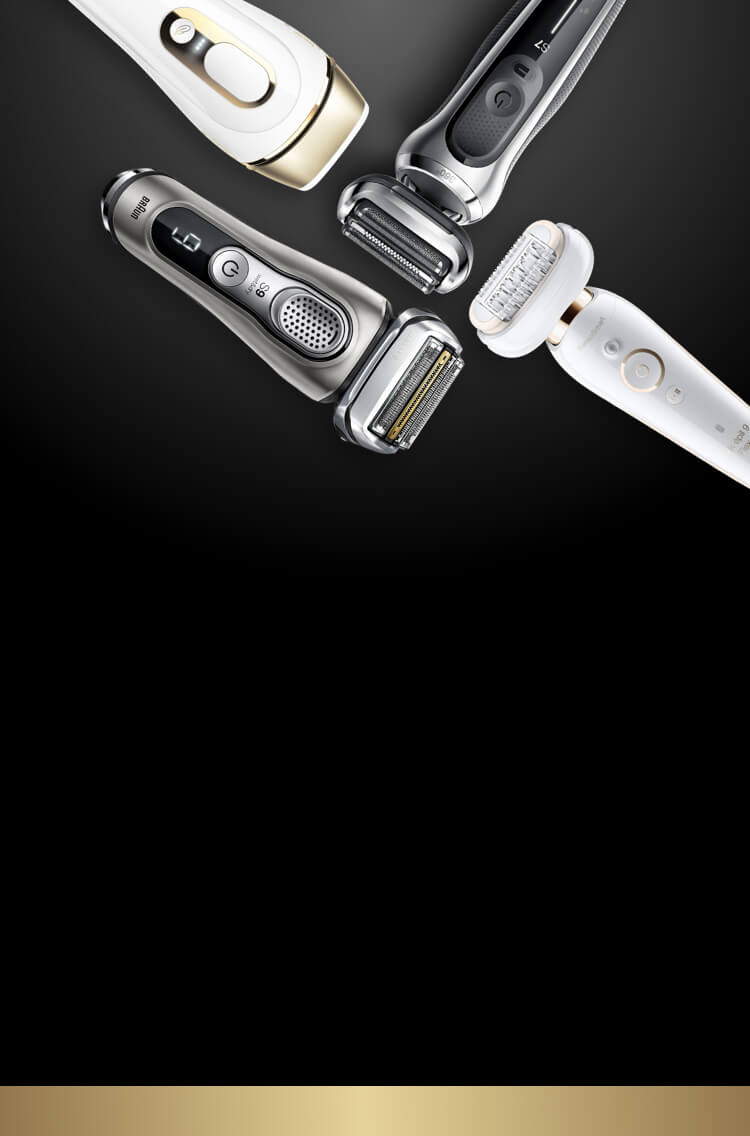 Tips for Men Tips for Women